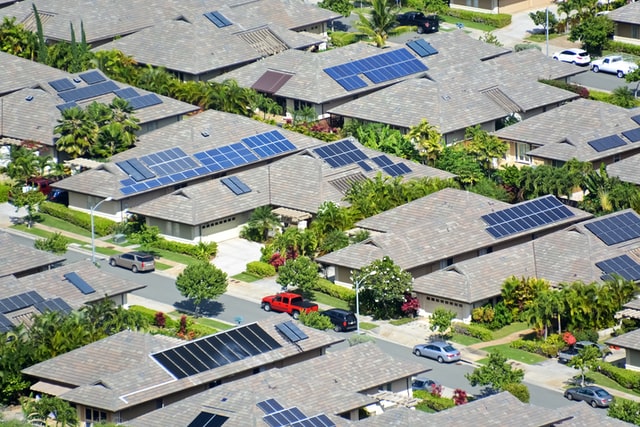 According to a market research report released by Technavio, the residential solar market in the US is set to grow by $5.9 billion through 2025—a 10% overall increase. This rise is sure to translate to a boost of solar loan applications, especially considering the average initial cost ranges from $11,000 to $14,000, per Consumer Affairs. As more homeowners seek to add solar panels to their roofs, there will be greater demand for solar financing options from a wider range of lenders.

Camelia Miu, acquisitions, investments and financial advisory specialist at Engie, told S&P Global Platts that there is the potential for an “incredibly huge market” for commercial solar.

“There are a lot of investment-grade offtakers, a lot of good portfolios of projects that developers are bundling up and it’s less competitive than the utility-scale market so you can find some really good deals,” Miu said.

Although some credit unions have remained skeptical about adding solar loans to their portfolio of solutions, many have tapped into this growing market within the last few years. For instance, Vermont State Employees Credit Union (VSECU) began offering energy efficiency loans 15 years ago. Since then, they have grown their green lending portfolio from $2.5 million to $92 million. That’s an astounding 3,660% increase.

Other credit unions have taken note of the profitability and followed suit:

In addition to being a revenue-generating asset for credit unions, home solar loans can offer several other benefits, including:

Solar loans have proven to offer strong performance and little- to no-default rates. From April 2018 to April 2021, Clean Energy Credit Union had more than 4,000 clean energy loan originations of $60 million with no defaults. Through Massachusetts’ solar loan program, the Clean Energy Center found only a 0.4% default rate on a loan three years into a 10-year term.

Solar loans have also proven to perform better than home equity loans, have a higher yield and are cheaper and quicker to originate. Plus, they have lower ongoing associated costs.

Many credit unions are incredibly active in their communities, and offering solar energy loans is just another way to support local homeowners. Solar financing—whether residential or commercial—through credit unions keeps more money in the local economy. Plus, solar loans may be eligible credits from Community Reinvestment Act (CRA), which is “a law intended to encourage depository institutions to help meet the credit needs of the communities in which they operate, including low- and moderate-income (LMI) neighborhoods.”

Since 2015, Massachusetts alone has installed more than 10,000 residential solar projects each year, according to the Massachusetts Clean Energy Center. More than half of those projects require a solar energy loan. That’s thousands of loans just for solar energy systems that credit unions could add to their bottom line.

Plus, there are so many other green loan opportunities waiting for credit unions: green vehicles, electric bikes, net-zero energy homes and more.

Established in 1998 and headquartered in Simi Valley, CA, Extensia Financial offers competitive and collaborative commercial loans. We partner with credit unions and connect them to investors across the United States. Additionally, we uniquely support and guide our partners through the entire full lifecycle of renewable energy loans. Extensia Financial is a proud member of the AVANA Family of Companies.